In April 2015, Paul and I started the social and English event together. Currently, we don’t do the events on Sunday, but we keep doing the events every Friday and Saturday. Thank you very much for supporting our events long time, now our Saturday event constantly had over 100 people! 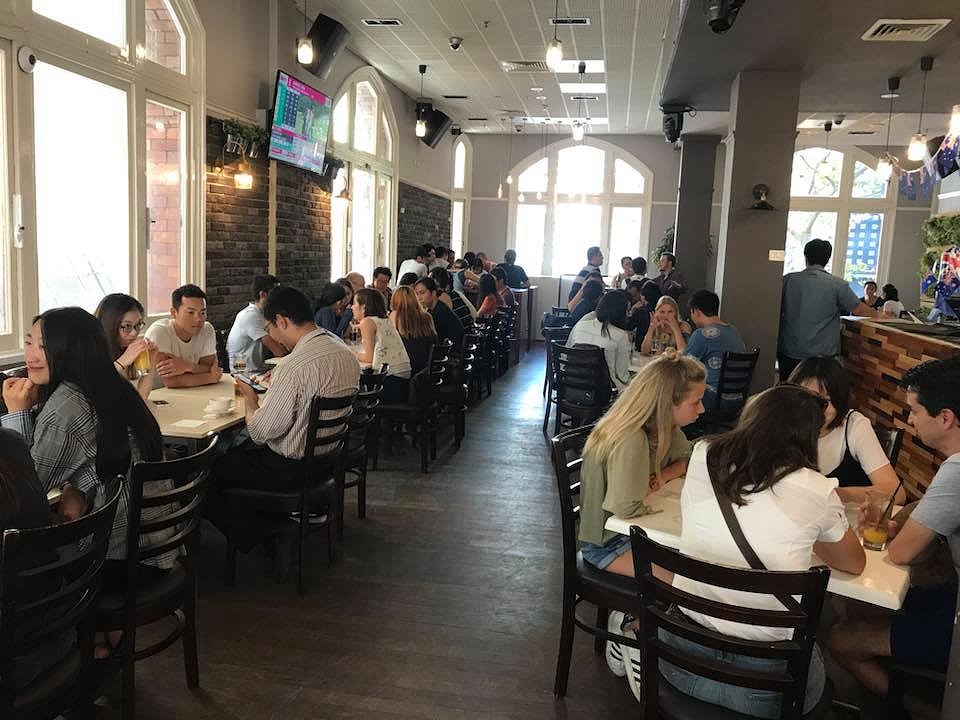 It is 4 years ago to have started the event with my best friend, Paul. Come to think about it, I have never told “Trigger I started this event” and ” Motivation I keep doing this event” through my blog, while I have told about them to my friends one by one.  I have never written about them because I just thought I don’t need to write about them because if people come to our events, they could feel it (Maybe). So, I didn’t have intention to tell about my motivation for our events, but now I feel that it is not bad to write about it.

Now, it is the best English event in Sydney! 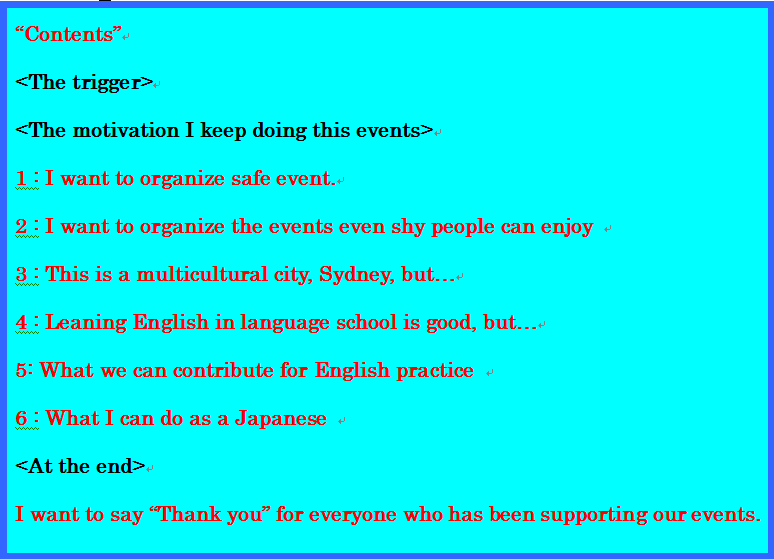 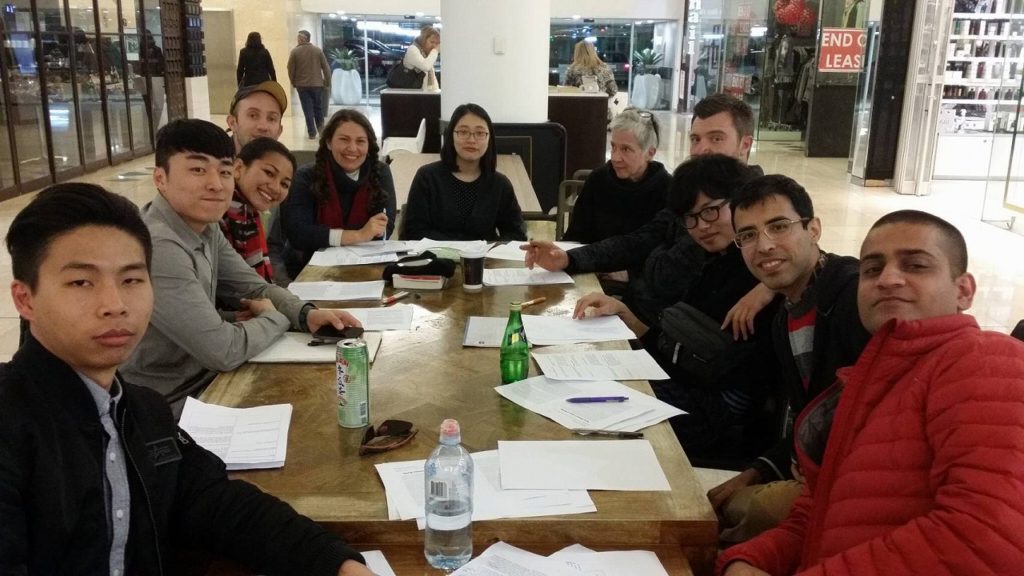 A picture of IELTS study meeting which Paul used to organize

I don’t remember the exact date(I think it was December 2014 or January 2015), I was looking for a place I could study IELTS. One day, I was talking to a Japanese customer ( I was working at an Korean education agency at that time), and I just told him ” I am thinking to start studying IELTS”, and then he told me ” There is a place you can study IELTS at Chatswood”.

Paul was the one who organized this IELTS study meeting. As I remember, I started to participate to this meeting from January 2015. I was working from Monday to Friday at that time and tired on the weekend, but I participated this meeting constantly (I often came late for 1-2 hours though..)

One day, Paul asked me

“I am thinking to start a social and English event, so how about doing it together?”

It is still mystery... “Why he asked me??? I came late for this meeting all the time though…”

At that time, I was working Mon- Fri, so I thought if I started events, I got tired completely…so I was thinking about it…. but I thought if it is not interesting, or if it is hard, I just need to quit it. So this is the starting point we started events together.

Where should we have the event

It was not so difficult to decide the venue because I hold a “Japanese- Korean language exchange event” in the past. It was not successful and stopped doing it in 3 months, but it was a good experience. So, we decided to use the same venue. 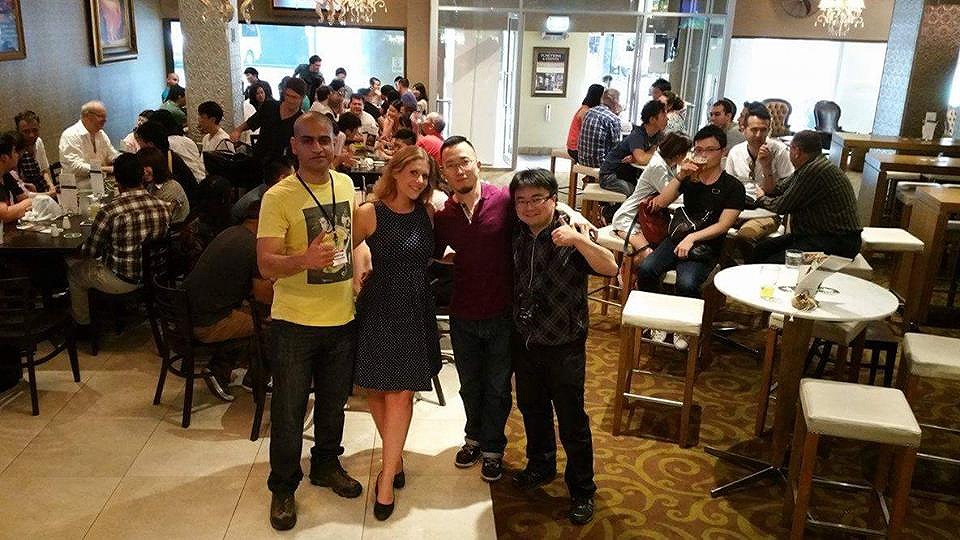 The venue we used to use

I already decided to do the events on Sunday, but “What time???”

3pm~⇒I think that it is a perfect time for people who have lunch and want to come join for our event, and also we can go for dinner after the event.

We tried slightly different time few times, but 3pm was the most suitable.

When we start the first event

Even now, I really think “”””Are you serious???””” I still remember, we annouced the first event on the Meetup website 14 hours before the event actually started… We started the event at 3pm on Sunday, and we announced the event 1am on Sunday…. Paul’s footwork is very awesome…

I thought that people don’t come at all since we just announced the event 14 hours before… But over 10 people appeared. I think that it was good as a first event. 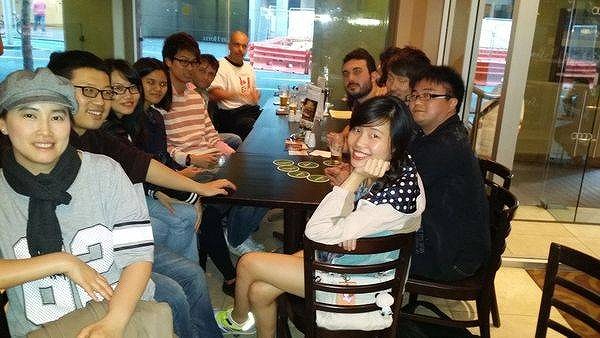 Maybe, this is the first event picture I organized with Paul

Some motivation were growing up in my mind

Simply, I started the events with Paul because I was asked to do it together. However, a lot of motivation were growing up in my mind while I was doing this event. So I will tell about it next.

The motivation I keep doing this events

I want to organize safe events

There is a reason I want to say this one first. I think that “Safety” is the common sense between Paul and I to organize this event. “Safety” and “Quality” are the priority to organize the event. It is more important than how many people who come to our events. To be honest, Sydney is safe city in the world, but comparing to Japan, not safe.

There was a new that a Japanese female was killed in Vancouver in September 2016. As I know, she used join in the English event, and the criminal also used to join the event. They met at the event. I think that she really wanted to learn English and have English conversation, and chose wrong person, and was killed at the end.

I used to study abroad in Toronto, and now I organize the social and English events in Sydney. So when I heard of this new, I could not ignore it… Even before the new happened, I focused on “safety” for our events, but after this incident, I really started more focus on safety. Even some people think our events are too strict, we don’t care. We have policy and organize our events. I want many people to enjoy our events in safe.

“If I have children, I want to send them to a safe event”. I always think like that, and want to create that event. Some people might think Paul and Hiji are taking care of people too much, watching people too much. I don’t care of it. If people enjoy the international communication, learn something from other people, and could practice English, and enjoy in safe, I am happy with it.

I want to organize an event shy people also can enjoy.

On our events, you can not choose the seats, and hang around in the area. There are some reasons, for example,

1 : If people from same countries start talking in their mother tougn, they can not learn English at all.

2 : If everything is disorganized, some people start picking up girls.

There reasons are very important for us, but I have another reason….

I want shy people to enjoy our events, and to talk in English, and get a confidence.

For example, if you are a male, and shy, and could not speak in English, even you go to a social event, no one tries to talk to you. You would not have chance to talk in English, and leave the event with nothing… I am sure that you would not go to the event again.

It might not be related to the topic though… when I was in Canada, I was very shy. I could not speak English at all. I didn’t have any friends for first one month. I chose a language school which didn’t have Japanese students at all, and most of the Japanese students who went to the school didn’t want to make Japanese friends. I even could not make Japanese friends… I think that it was one of the loneliest time I have ever had. 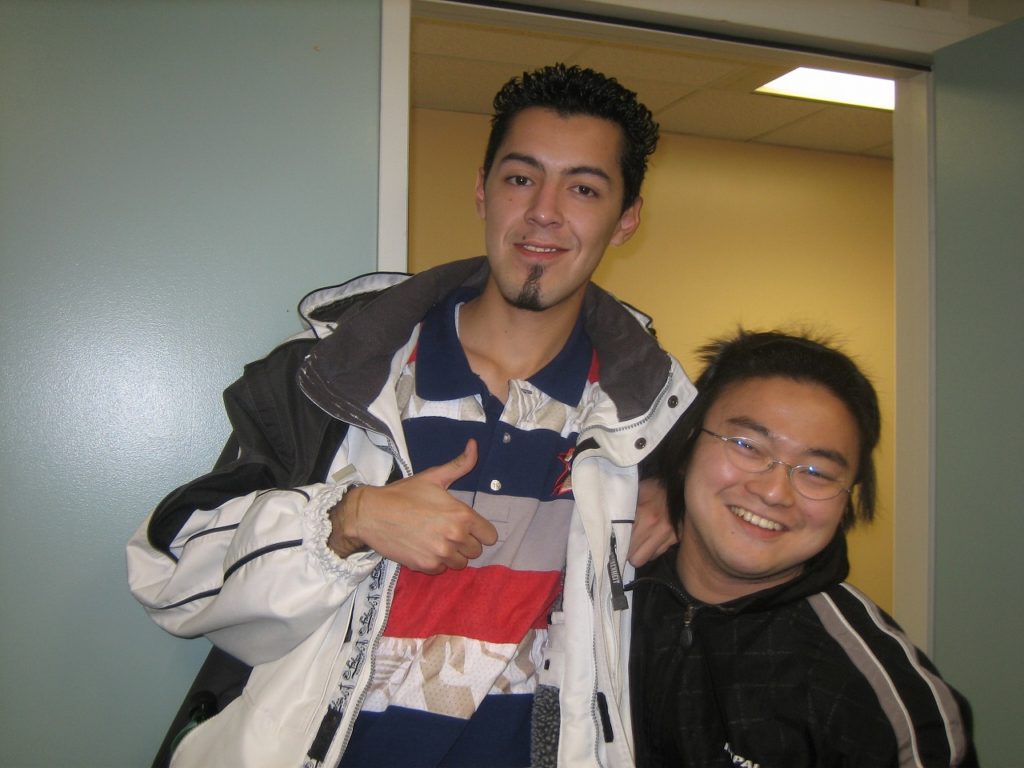 When the class changed, fortunately, I could make a first foreign best friend, Luis. He is a Mexican, and I still keep in touch with him from 2006.

I wrote an article about him⇒BFF! How to make a best friend )

I made a lot of foreign friends though him. And my shy character was a bit improved. I could have a brave to talk in English. I have a courage to talk to people from other countries. I still really appreciate to him.

The article became long, so I want to write about this for next article.

The article in Japanese is here/ 日本語での記事はこちら

The COVID-19 is spreading around the world, but what is happening in China now? What is the current situation in China? I will tell you it from China.

Good and Bad things about Tokyo and Sydney

BFF! How to make a best friend