There is no perfect country, culture because human is not perfect.

In this article, I want to write about Japan from worker’s point of view, because as a customer, or tourists, “Japan is a really good country” because

4 : Customer service is so good

5 : Street and washroom are so clean

As a tourist, Japan is so nice… but! behind these positive aspects, there are so many negative aspects as workers. To be honest, I am so negative about the future of Japan. There are a lot of social problems which are not solved long time, and they still remain as problems.

Before I came back to Tokyo, I used to live in Sydney in Australia, so in this article, I basically might compare “Tokyo” and ” Sydney”. So let it go!!!

The rush-hour in Tokyo is crazy level

I was born in Tokyo, and have been living in Tokyo long time, so I already knew that the rush-hour train in Tokyo is crazy level… especially, rush-hour in the morning. But when I experienced rush-hour in Tokyo for the first time in 2 years, it was crazier than I expected… Yabai!!! 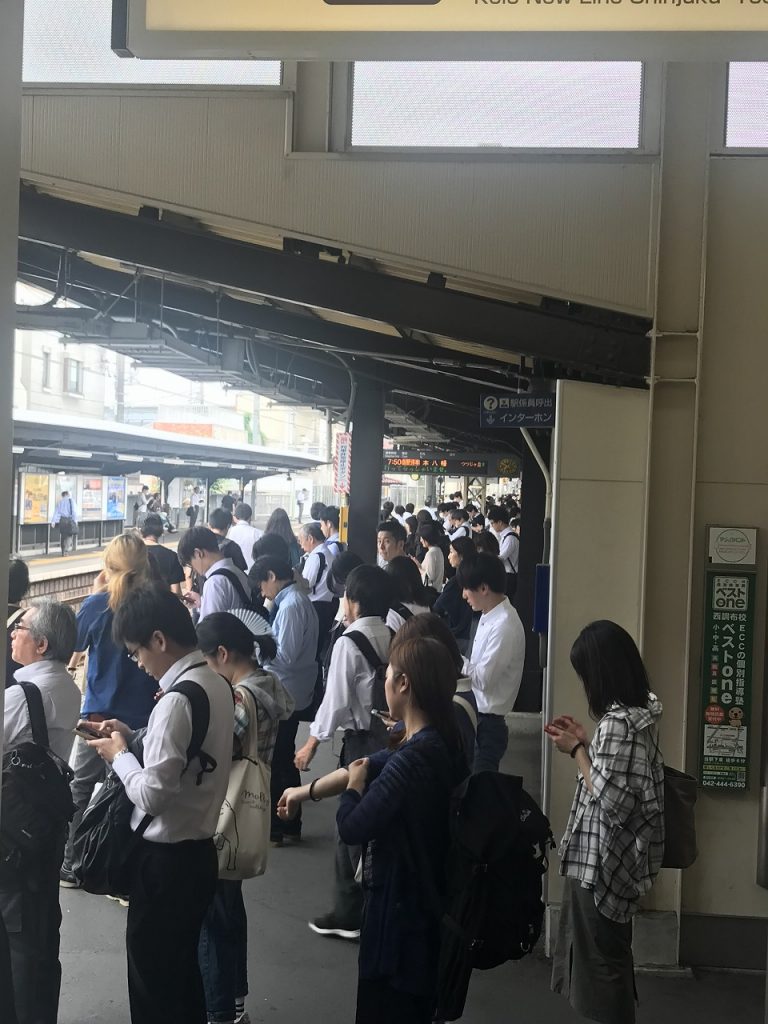 7:50am on the weekday…. this is scenery of the nearest station from my house… If you see only this picture, you might think that ” It is fine, maybe, acceptable”. But when I reached to a big station called “Chofu-station”, I saw a crazy scenery…. 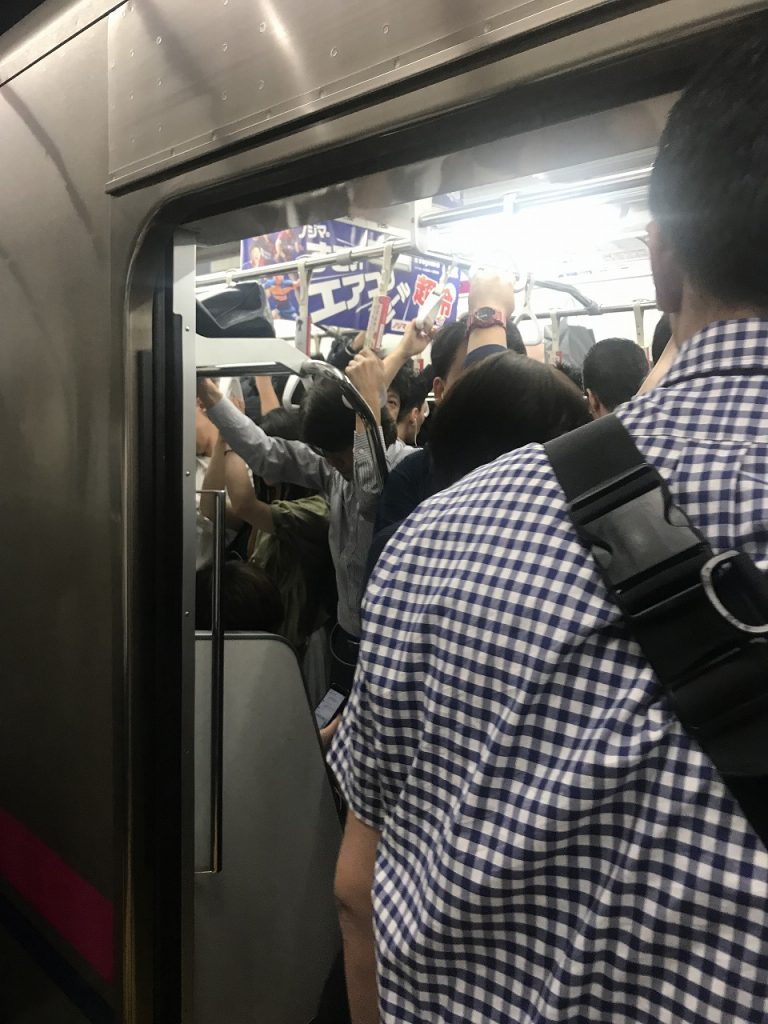 Transfer train at Chofu station….OMG…. There is no space in the train…. There are still long queue
behind me and tried to get on the train…Sorry… no space… don’t push….but….

It was chaos in the train…. really…. There is no space and it was hard to breathe(I am not exaggerating it)… I really wanted to ask for everyone….

” Do you really take this crazy train 5 times a week?”

” Don’t you get tired before you reach to your work place?”

” How is it possible to work efficiently after you take this crazy train?” 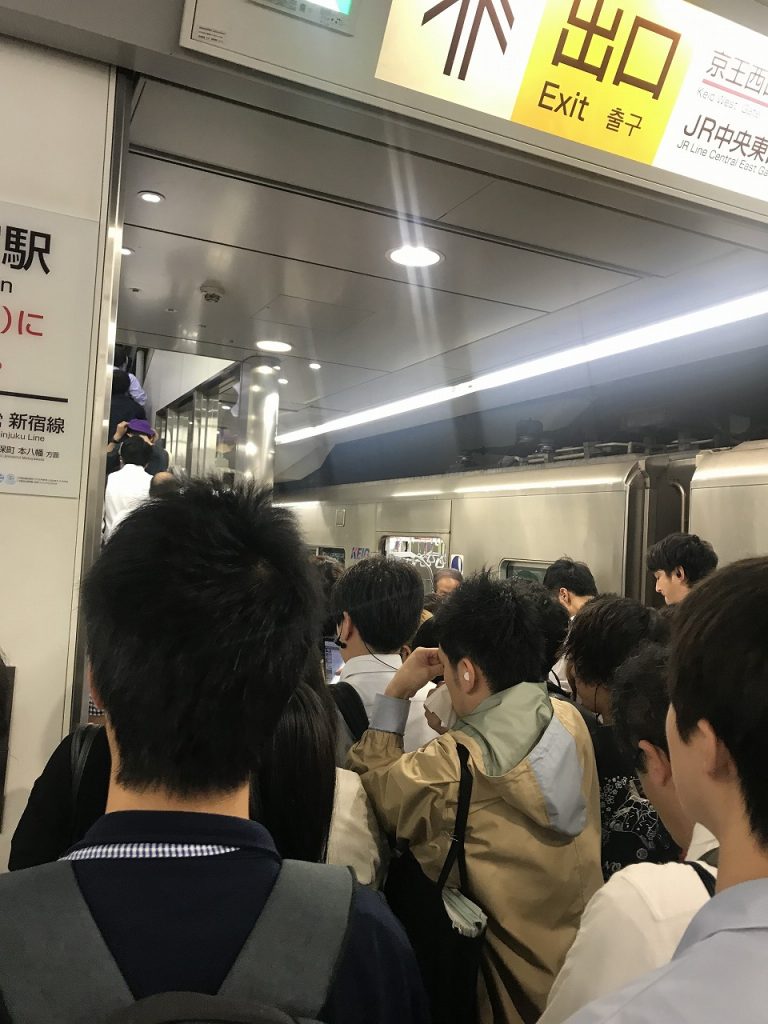 Finally, I arrive at the station♪ It was hell for 25 mins. I really want to yell ” What the hell!!!” I thought that I was involved in the world ” Walking Dead” . I really wanted to run away from zombies…. I had to take another train line called Marunouchi line to transfer… 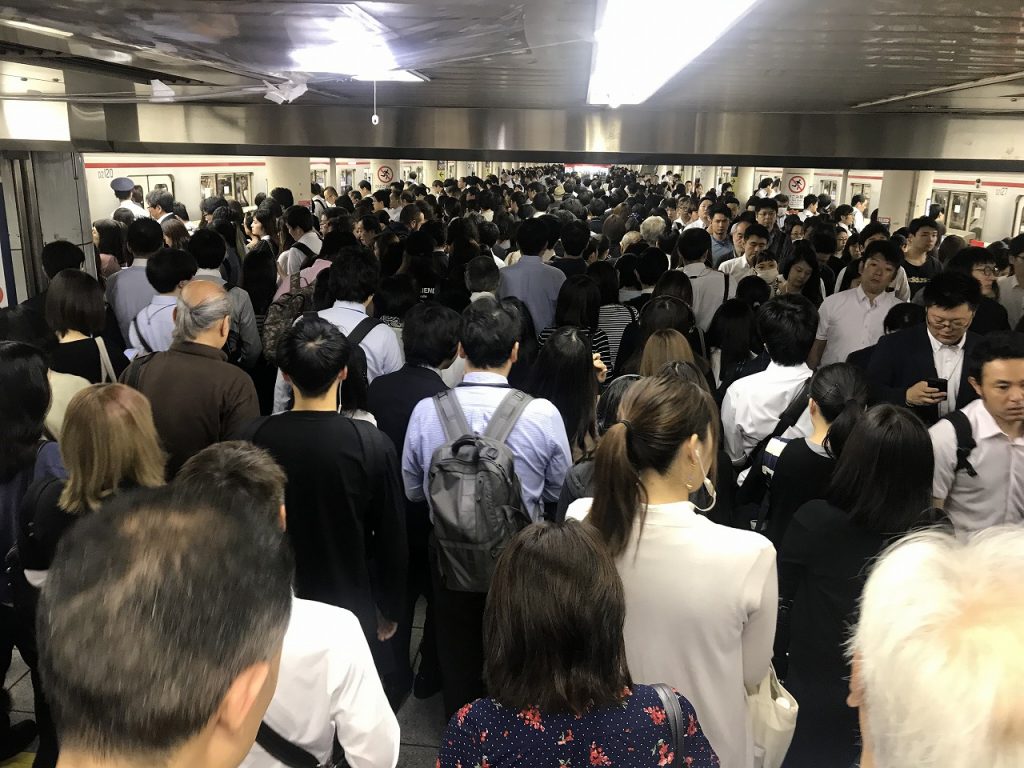 ” This is the example of another line in Tokyo on You Tube Video. Many lines in Tokyo are like this in the morning. This is real”

” Why there are so many business men still walking around in the city after 7pm? Why don’t they eat dinner with family?”  <From my Swiss friend>

When my Swiss friend came to Tokyo for a travel before, he was asking to me this question. I just answered that ” Because Japanese companies force workers to work long, and also, Japanese people are workholic”.  I forgot when he visited Tokyo, but I think that it is more that 6 years ago before I went to Australia. 6 years…. The situation seems still same… People basically need to work for their life, not live for work. If the person likes the job and can ” Life as a work”, it should be fine to work long, but I think that a lot of people work for their life, so “Work and Life balance” need to be very important. In Tokyo, a lot of people work very long. I heard that it is getting improved, but I can not tell it from the crowed people in Tokyo. 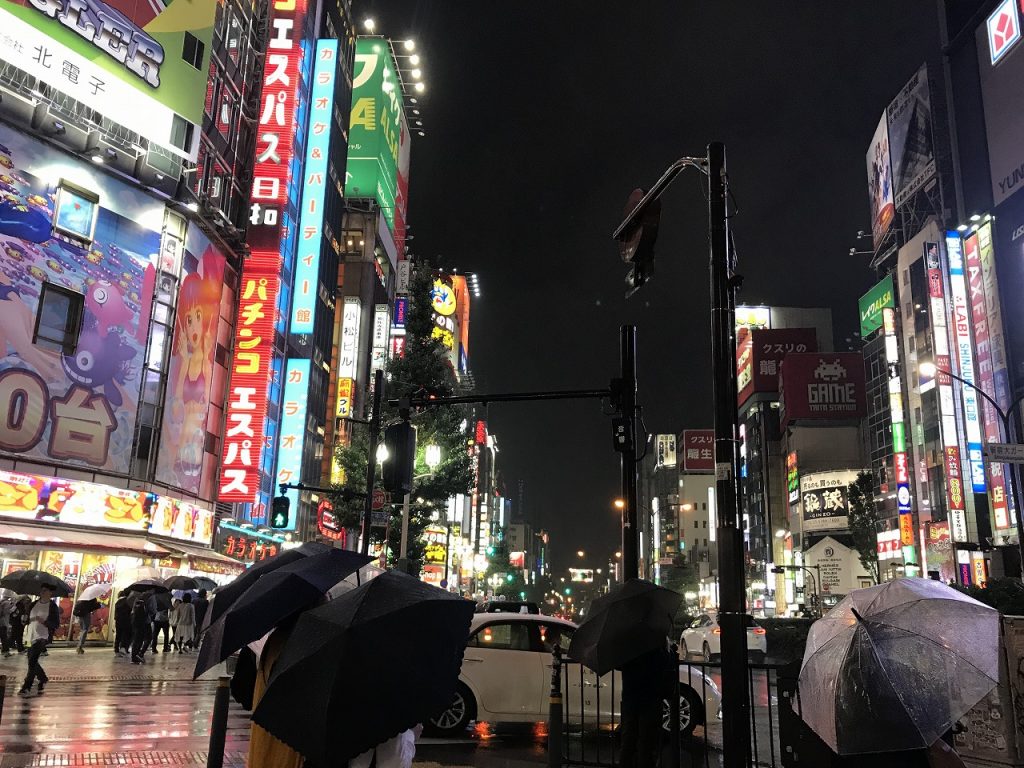 The working style is very inefficient

Sometimes, I see some people who are(were) working full time job in Japan, and this problem seems not be improved yet in many companies. In Japan, there are still some ideas like

2 : Workers can not go home before your boss goes to home

3 : Finish working, but they can not go home, so they have to pretend they are working

Actually, there are really stupid ideas because

Smart people don’t want to work this kind of company 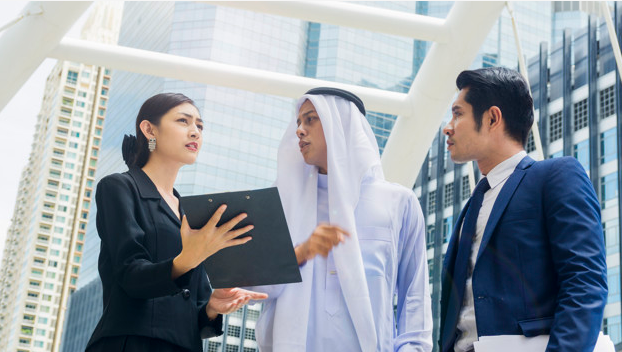 It is natural that smart people can work efficiently, and can finish tasks properly and quickly. If they can not go home or get extra jobs after they finish their jobs, the motivation of the smart people become lower. If they can get extra money according to their work result, it is good, but I think that some companies don’t pay properly for them.

Now, it is globalization, so if the person is really smart, many companies from outside of Japan must want to hire the person with good salary.

The work process could be inefficient 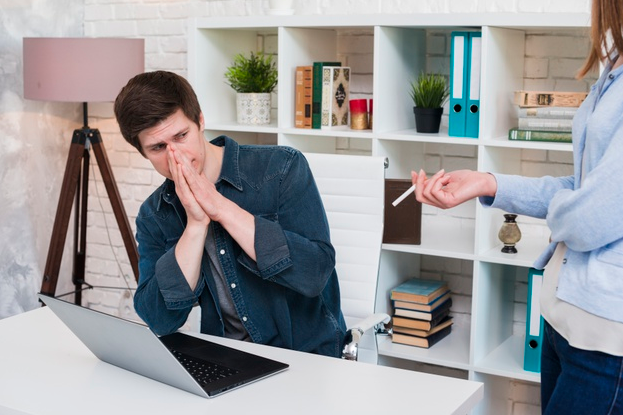 For example, if the person knows that he/she has to work long, he/she might go to smoke quite often, or chat with other workers unnecessarily. Some people might pretend that they are working.

There are some unnecessary meetings 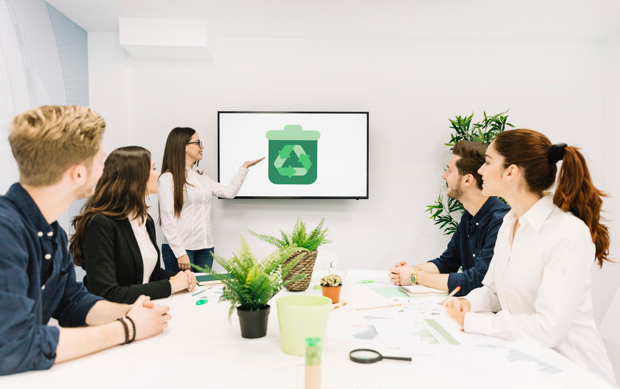 There are so many ways to communicate in current society. Sometimes, you don’t need to have meetings face to face and can finish your job. If you can finish your job with email, phone, SNS, on internet, you had better to use it and save time. In Australia, sometimes, companies allow you to work from home once a week. It depends on the companies and on what kind of job it is though.

Now, you can do a lot of things online and save your time. I think that many companies should use more technologies… In Japan, new era called “Reiwa” started, it is not “Shouwa”, “Heisei “anymore.

Happiest ranking in Japan is low

Japan has a lot of population, so some companies might think ” I can find replacement of workers anytime” but it is globalization as you know. The companies which keep thinking like that, you can not survive in the globalization.

I strongly feel that Japanese economy would get worse and worse. Now, the rank of GDP of Japan is 3rd place, but it would be lower and lower. I don’t think it is difficult to stop it. I want many Japanese people to be happy even Japanese economy gets worse. Some people from other countries feel happy even their economy levels are not strong. So economic power and happiness level are not on the same stage. 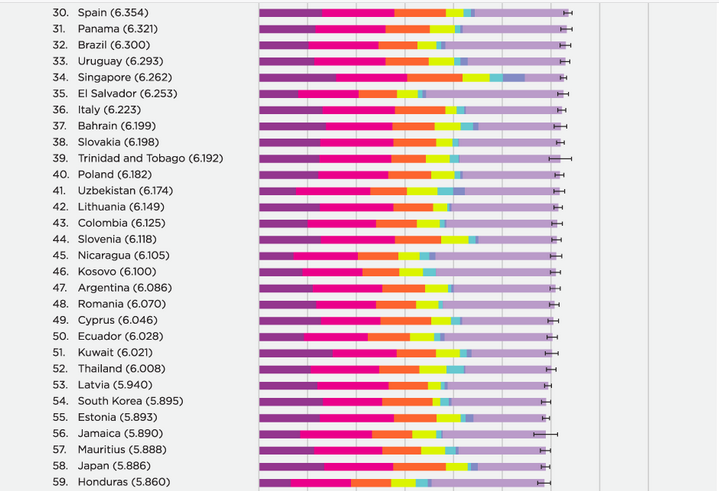 This is the world happiness ranking in 2019. Japan is 58th.The details are here(こちら）If Japanese economy become better, and happiness level gets better, it is so good, but I am so negative about economic part, but want to be positive about happiness level.

In next article, I would like to write about ” Annual leaves, maternity(paternity) leaves”, “The reason I can not see entrepreneurs much in Japan”   See you~~~

Quit smoking: How to do it?

You have to be careful in Japan

If you live in Japan, you have to be careful for some things, I explain about them here.

After coronavirus spreads, the life changed here in China. I will explain from my experience
スポンサーリンク
【日本の働き方改革】過剰労働天国、日本の働き方を改めよ！
【若年層投票率低下】投票所が抱える大きな問題点と海外との比較